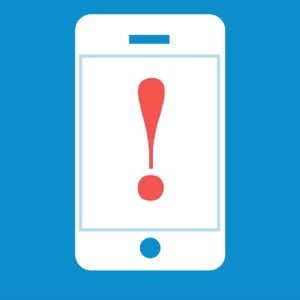 The internet marketplace for goods and services is now well and truly a part of almost every Australian’s economic life. Most of the websites and e-commerce functions on the internet now provide buyers and sellers with a clear and robust legal framework under which their transactions take place. Many other websites and ‘apps’ also provide for non-legal incentives for participants to perform their side of the bargain, such as customer / vendor ratings systems. Notwithstanding these developments in e-commerce, there are still a number of popular websites and forums where a huge number of transactions take place every day seemingly with very little in the way of a legal framework for those transactions beyond the basic concepts of contract law.

However, internet traders – in particular, vendors – should be aware of another important source of law applicable to these ‘informal’ internet transactions: namely, section 53 of the Sale of Goods Act 1953 (Sale of Goods Act). A recent case occurred in the Sydney Local Court where the plaintiff contracted with the defendant on a major website to buy from him a tractor at a certain price. The plaintiff thought he had secured a ‘bargain’. That website was one that only advertises the sale of goods and services and it does not act as a payment intermediary.  Some of the details of the transaction were agreed over text messages and phone calls. However, after a contract was formed and payment made, the defendant reneged on the deal and instead sold the tractor to another person for a higher price (roughly double the price agreed with the plaintiff). The plaintiff was only refunded the amount he had transferred but he claimed that he was entitled to more since the tractor was, in his view, worth more than what the defendant had originally agreed to sell it to him for. That is, he contended that, as a buyer of a good which was not delivered in breach of a contract, he was entitled to the loss which arises in the ordinary course from that breach. In terms of damages, he relied on section 53 of the Sale of Goods Act which provides as follows:

(1)         Where the seller wrongfully neglects or refuses to deliver the goods to the buyer, the buyer may maintain an action against the seller for damages for non-delivery.

(2)         The measure of damages is the estimated loss directly and naturally resulting in the ordinary course of events from the seller’s breach of contract.

(3)         Where there is an available market for the goods in question, the measure of damages is prima facie to be ascertained by the difference between the contract price and the market or current price of the goods at the time or times when they ought to have been delivered, or if no time was fixed, then at the time of the refusal to deliver.

In the first instance, the fact that the defendant had (admittedly) sold the tractor to another person for a higher price was a starting point for the argument that its market price was higher than what the plaintiff had originally contracted with the defendant to buy it for. However, this is not always enough: the authorities say that the price at which a third party has agreed to buy the goods is usually irrelevant and may only be treated as evidence where the market price is otherwise difficult to assess: see for example France v Gaudet (1871) L.R. 6 QB 199 as interpreted in The Arpad [1934] P 189 CA; Luxe Holding Ltd v Midland Resource Holding [2010] EWHC 1908 Ch. The plaintiff therefore brought other evidence about the market price of that tractor which comprised a number of different contemporaneous advertisements on popular websites. Those advertisements actually suggested that the market price for the tractor was even higher than what the second buyer bought it for but the plaintiff did not press this. The plaintiff rather claimed damages based on a market price equal to what the tractor was sold for to the second buyer. The assessor in the Local Court agreed with the plaintiff on this point and awarded damages and costs in his favour accordingly.

People who use the internet to advertise the sale of goods and services where the legal framework is less developed than other sites should be aware that the basic principles of contract law continue to apply, as do the provisions of section 53 of the Sale of Goods Act 1953 (NSW).

The content provided in this article is for general informational purposes only. It has been prepared without taking into account any person(s)’, or entities own legal objectives, legal situation or legal needs.

List on LawSeeker so Australians needing legal help can find you today.